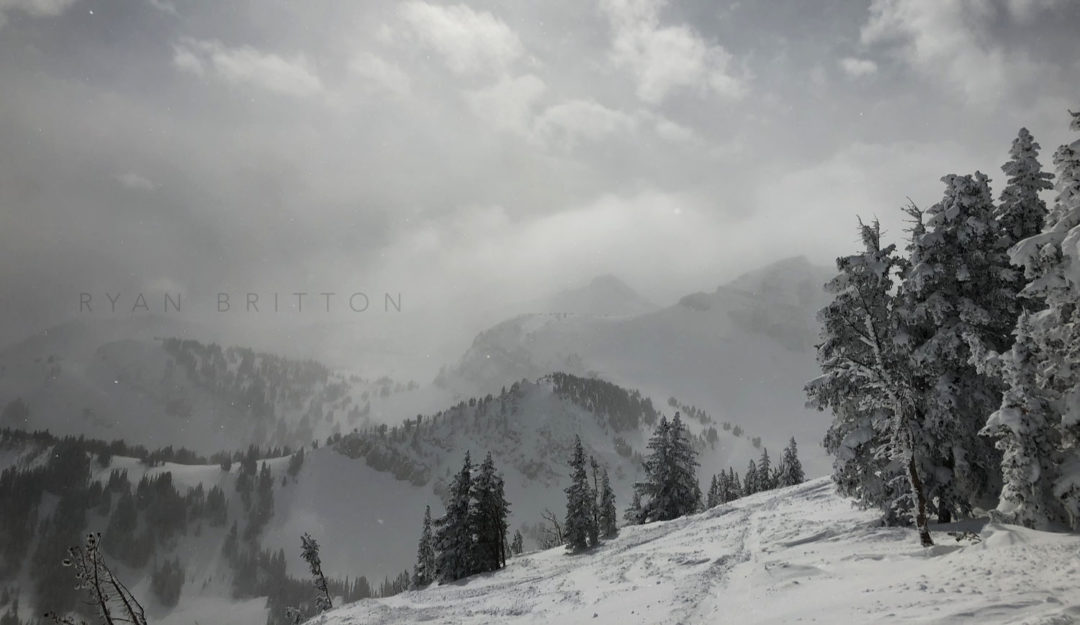 At home I normally stream most of what I watch — there’s very little on Netflix that interests me that I haven’t seen at least some portion of. This doesn’t cope well with the significantly bandwidth-constrained internet access I have in the travel trailer. I’d likely use up all or most of the high speed portion of my “unlimited” bandwidth within a couple days.

For some time I’d used basic iTunes network sharing to house a modest movie library on one of my computers, which could be streamed on demand through an Apple TV. In the trailer I wanted something a bit lower-powered and lower-priced than a dedicated Mac Mini, though. Looking for a solution, I started researching the various home media center setups I’d heard about over the years.

TL;DR: I use Emby on a Synology DS116 for the server and Infuse 5 on an Apple TV (4th generation) for viewing.

This does not require very much technical knowledge to use once complete, but the initial setup needs at least a basic understanding of file arrangement, video conversion, and general configuration.

Plex is by far the most well-known home media center software in my circles, so that’s where I started, quickly getting my existing library up and running on a single drive, low power Synology NAS (DS116) I had purchased for the project. With a constant-on internet connection, it worked great, but it quickly showed its limitations once I tried to use it on a trip with only Verizon cellular coverage. It could not function without a network connection, and I didn’t want to leave the hotspot connected just for the sake of that (especially without knowing what it’d use for bandwidth on a limited data account).

There’s a secondary protocol offered by Plex that does work offline: DLNA. Briefly, it’s an XML-backed protocol for browsing and viewing media. There are a number of apps on a variety of platforms capable of interfacing with it, and for a somewhat minimalist experience, it would work. But I wanted more — I wanted to get something as close as possible to the Plex experience and look that would actually work with no internet. Because of its very limited metadata support (e.g., no thumbnails), DLNA wasn’t it. 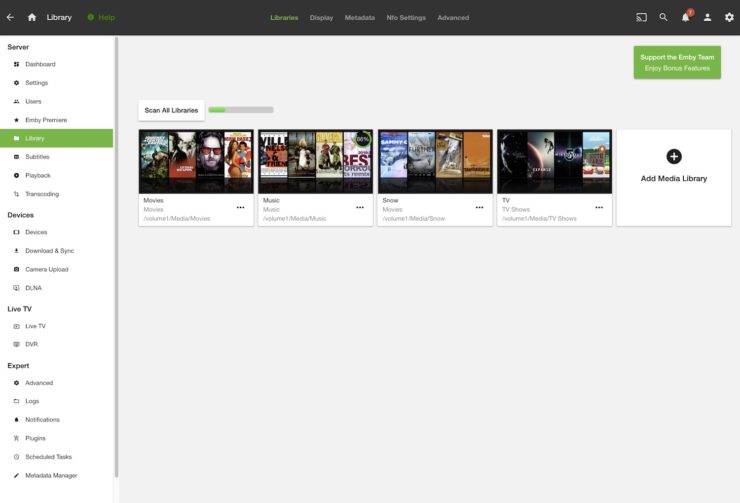 After a bit of searching, I found a Plex-like system called Emby that also had a native server version for the Synology platform. It could use the same file system layout as Plex, which meant I didn’t need to change a thing — just point it at the main folder and let it do its indexing. Again, unfortunately, its client would not work without internet. What it did have that Plex either didn’t or I never found was the ability to save each item’s metadata to individual folders. Anything capable of parsing that fairly standard format would now work as the client. 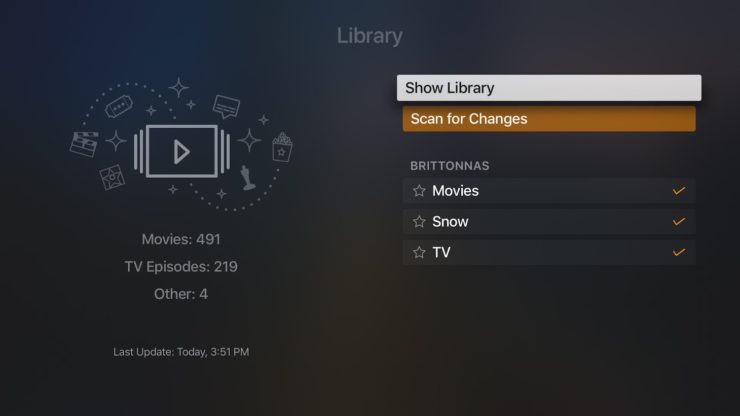 With even more searching, I finally found a client that would work: Infuse 5. It’s essentially a file browser specifically tailored for media center files and metadata, so it’s capable of ingesting the output from Emby and presenting a UI on screen for both techies and non-techies. It’s not perfect, but it is under active development and evolving steadily.

The first hardware I tried was the Amazon Fire Stick, partly because of its relatively low price and partly because I already had one I didn’t use much. It also has a better remote than the Apple TV.

Both Plex and Emby have viewer apps for the Fire Stick, but like the apps themselves, it is virtually useless without an internet connection. You can use it to some degree, but to actually launch an app you’re relegated to entering via an obscure portion of the Manage Apps screen. I ruled it out.

It was at this point I did some research and ruled out both the Chromecast and Roku for similar reasons: reports that they don’t cope well without an internet connection regardless of the software used. I imagine they’re somewhat like the Fire Stick and expect to be able to access remote assets on demand and effectively shut out most of the interface when unavailable.

I have a decent amount of experience with the Apple TV having owned the last three revisions of it, but I didn’t necessarily want to pay its higher cost if I could avoid it. It proved unavoidable. Having no internet connection was not an issue at all with the Apple TV, and it would happily provide full access to everything I needed. Individual apps (e.g., Netflix) can still require it for functionality, but the system itself degrades gracefully in its absence.

The Synology plugs into the network I built within the trailer. When powered up, it provides media server functionality to everything within reach of the trailer’s Wi-Fi.

The media files themselves are all H.264-encoded video files, most of which were processed using Handbrake. The various Apple TV presets allow you to easily convert existing digital and physical media into the file format the Apple TV prefers playing. The content itself is structured to follow Emby’s file naming and structure guidelines to enable it to import seamlessly as I add new stuff to my collection.

On the back of the TV I mounted the Apple TV itself, connecting it via a short HDMI cable and powering it with the 120V outlet there. Actually using it only requires powering everything up and launching the app. 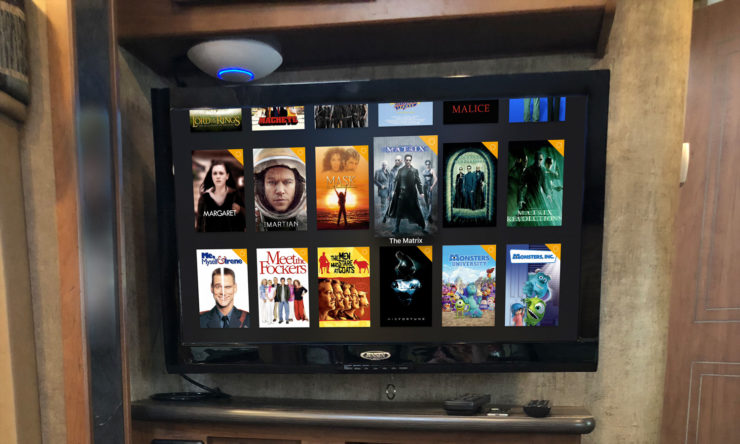