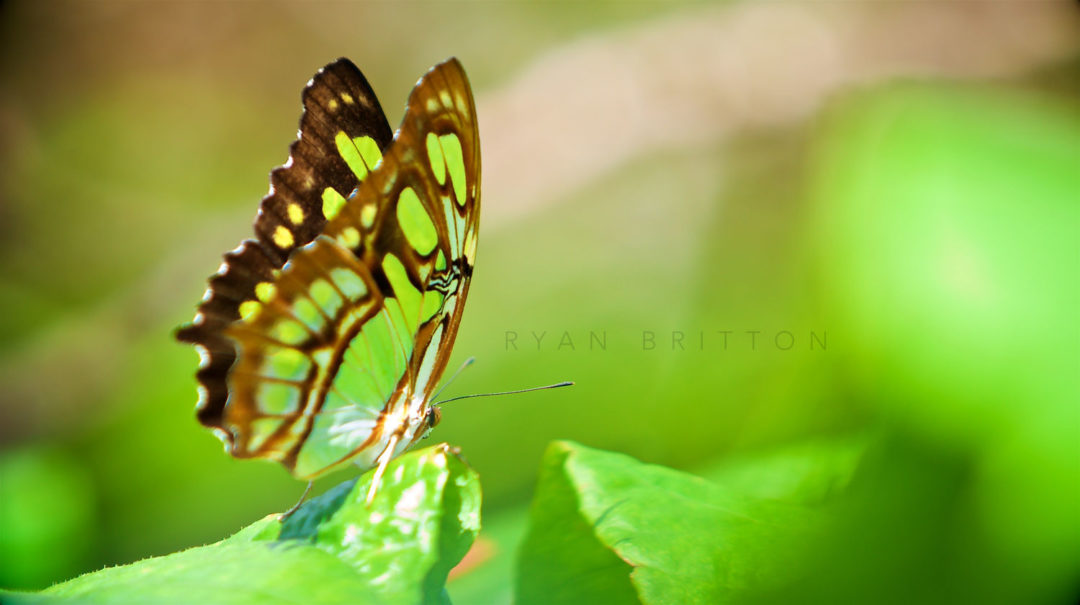 One of the biggest barriers in finding a solution to a problem is knowing the right terms to search for, especially when it’s a subject of only passing familiarity. That’s me with the world of audio, and it’s what has prevented me from finding the right subwoofer for the trailer. Until now.

The ceiling-mounted speakers that shipped with the trailer and which I later replaced in my stereo upgrade provide some bass (they claim down to 55 Hz), but at the location they’re installed and due to their physical size, they’re not able to achieve much. That requires a true subwoofer, which are typically installed on or near the floor. To date, the difficulty I’ve had in finding an acceptable one has been because all searches have led to the traditional 10-12″ round speakers that require a dedicated enclosure.

The search term I had been missing was “under seat” — these are purpose-built subwoofers for vehicles (typically cars) that are designed in size profiles to fit under the seats and operate on the 12V system. They’re perfect for a trailer and can easily be installed somewhere in the cabinetry that functions as the entertainment center.

For me, my top two requirements were a usable size and 12V power. Decent sound is a given, but I’m not picky enough about the quality to spend hundreds of dollars and would rather opt for something mid-range. The speaker I chose was the Kenwood KSC-SW11, a 150W 12V subwoofer that would fit on the floor at the bottom of the entertainment center’s lower cabinet. 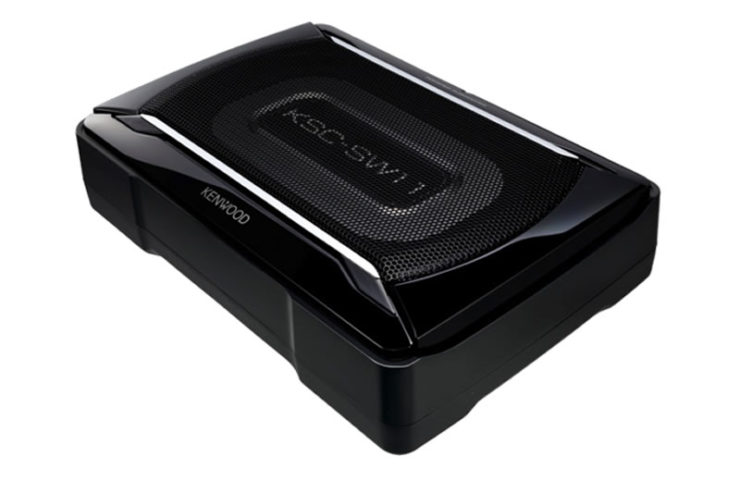 On the back right lower edge are the plugs for the wiring harness and remote, and brackets attach on the bottom to each side to mount it to the floor. Nothing potentially fragile is exposed to the other stuff in the cabinet, and it will not move at all.

Step one of running anything through an RV wall is to figure out what’s already in the wall, and the best tool for that is a borescope. My goal was to run the wiring through the existing hole behind the stereo down to floor level where I’d drill a new hole behind the sub and bring it out in line with the harness plug on the speaker. 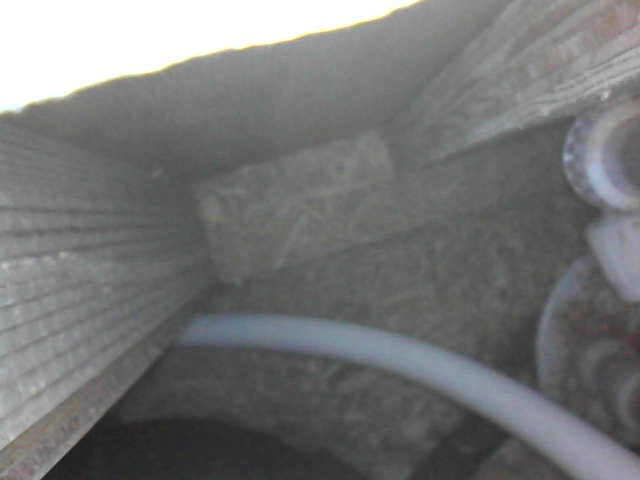 The wall section I would be drilling into contains the plumbing for the shower, which the borescope revealed to be positioned towards the outside wall and shielded by a block of plywood. The area I wanted was in the thin luan just inward of that block and was completely empty.

Using my favorite step drill bit, I drilled a hole sized to the largest rubber grommet I had. I threaded a pull wire from behind the stereo, down, through the new hole, and began assembling the various harness pieces for pulling through.

Each component of the harness was a different length from the other, the power being exceptionally long and the audio input (a pair of RCA connectors) so short that I needed to use an extension. Pulling up and through the hole behind the stereo went well and provided no surprises. 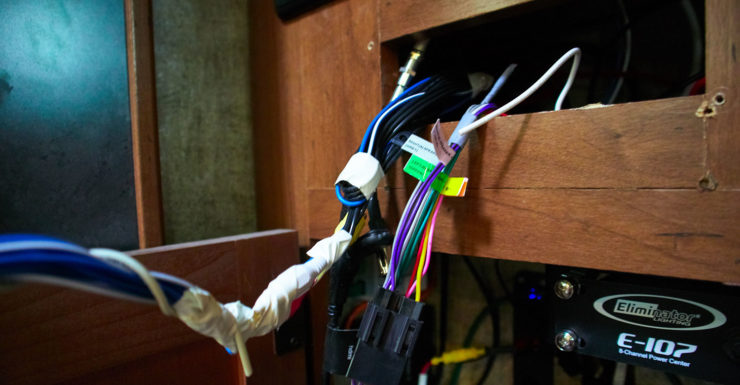 Four pieces needed connected to get the subwoofer to a usable state. One, the easiest, was the remote that plugs into a dedicated RJ-11-style connector on the speaker. The other three were the audio input, the power, and the “P CON” wire (this is normally wired to the starter to control power on/off).

For the audio input, the speaker itself provided both left and right channel inputs (red and white), but the head unit only provided a mono output. I added a FF->M Y connector and plugged it into zone 1’s sub output, and because these connectors are somewhat buried and easily unplugged, I added a layer of electrical tape to help ensure they stay connected.

The power wiring got cut to a more usable length (there were at least 5 feet of extra wiring beyond what I needed) and spliced into the main power tap behind the head unit using my favorite Wago 221 wire nuts. I also connected the “P CON” wire at this point, which results in the sub always being powered on — I will probably add a switch for this at some point.

Mounting the subwoofer was by far the easiest part. Its two brackets were attached to the short side of the speaker and then screwed into the floor. The remote was attached to the wall using the included sticky tape. 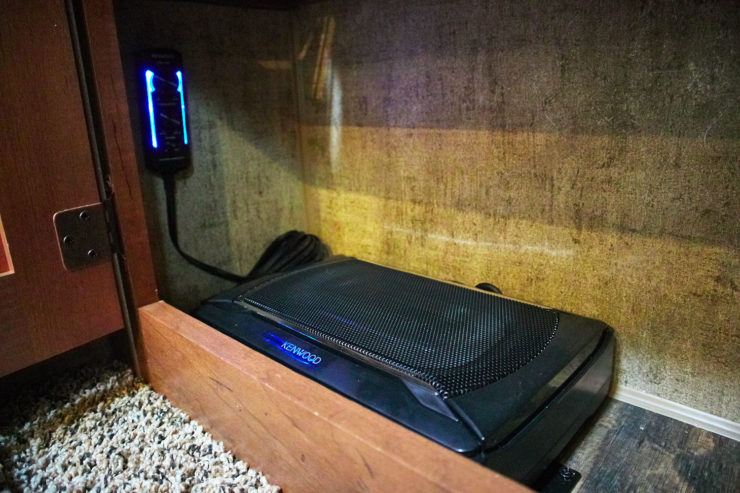 The subwoofer output is enabled by default in my Fusion MS-AV755 head unit, but it does benefit from some settings tweaks to get it sounding better. These are very specific to the head unit and personal taste, so I won’t go into the actual values here, but I generally bumped up the levels about 50% and set the low frequency cutoff to match my setting on the remote (150 Hz).